Hallyu superstars Girls’ Generation, who are no strangers when it comes to the art of winning, has set a unique yet impressive record as its members swept all three major networks with wins in various shows.

On Friday May 18th, Girls’ Generation unit group TaeTiSeo won their second consecutive #1 on KBS‘s ‘Music Bank‘, in which Tiffany proudly gave thanks by saying, “I am happy for the love that led to this #1, and I am happy to be Girls’ Generation!”

Over in SBS, Girls’ Generation’s maknae Seohyun made her own mark by winning the MVP on ‘100 Million Quiz Show‘. Her win was all the more impressive when it is taken into account that she was the first winner who made it through without missing a single question. Her flawless performance proved that her charming beauty was matched by an equally impressive brain.

The domination of Girls’ Generation did not end there, thanks to dancing queen Hyoyeon‘s win on MBC‘s ‘Dancing With the Stars 2‘. Her sexy tango routine not only showed off her versatility in dance, but also moved the audience to acknowledge her skills as number 1.

It seems Girl’s Generation once again made the fans and viewers of the Friday night broadcasts “feel the heat”.

Girls’ Generation member Seohyun proved she had the brains to go with her beautiful looks.

On the May 18th broadcast of SBS‘s ‘100 Million Quiz Show‘, Seohyun solved a number of different quiz questions.

Not only did she give the right answers, she calmly accompanied her responses with thorough explanations.

Seohyun surprised everyone by answering each question correctly, and in the end was crowned the MVP of the program.

MC Kim Yong Man could not hide his shock as he said, “This has never happened before!” 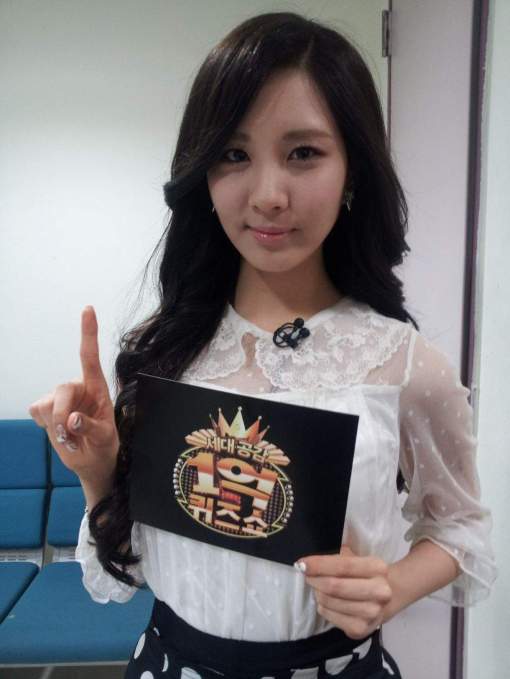